Get Your Advance Tickets Here

RadioVizions is a series of musical "House Concerts" that Russell,in partnership with Dennis Gulley and Tim Dobson, produces before a live audience for syndication to radio networks. Networks such as The Alabama Arts Radio Network, Alabama Public Radio, and through Stephen Foster of Global Radio Promotions, a consortium of some 500 National and International Internet and FM Radio Stations/Programmers are slated to carry the show for rebroadcast. Radio Station WFPA 1400 Newtalk in Fort Payne, Alabama through its website, www.1400wfpa.com,and WZOB 1250 am will serve the broadcast as anchor stations with WFPA making the broadcast available on the world wide web.The program is produced and presented the First and Third Thursday of each Month by TRG ENTERPRISES in cooperation with the BIG WILLS ARTS COUNCIL and The CITY OF FORT PAYNE in the Fort Payne Coal and Iron Building in Downtown Historic,Fort Payne, Alabama.

The live performances are produced at 7pm CST and some of the region's finest Americana, Traditional,and Roots Artists are presented. Due to limited seating, reservations are suggested. Admission is a normally a $15.00 Donation and includes an artist reception at 6pm. 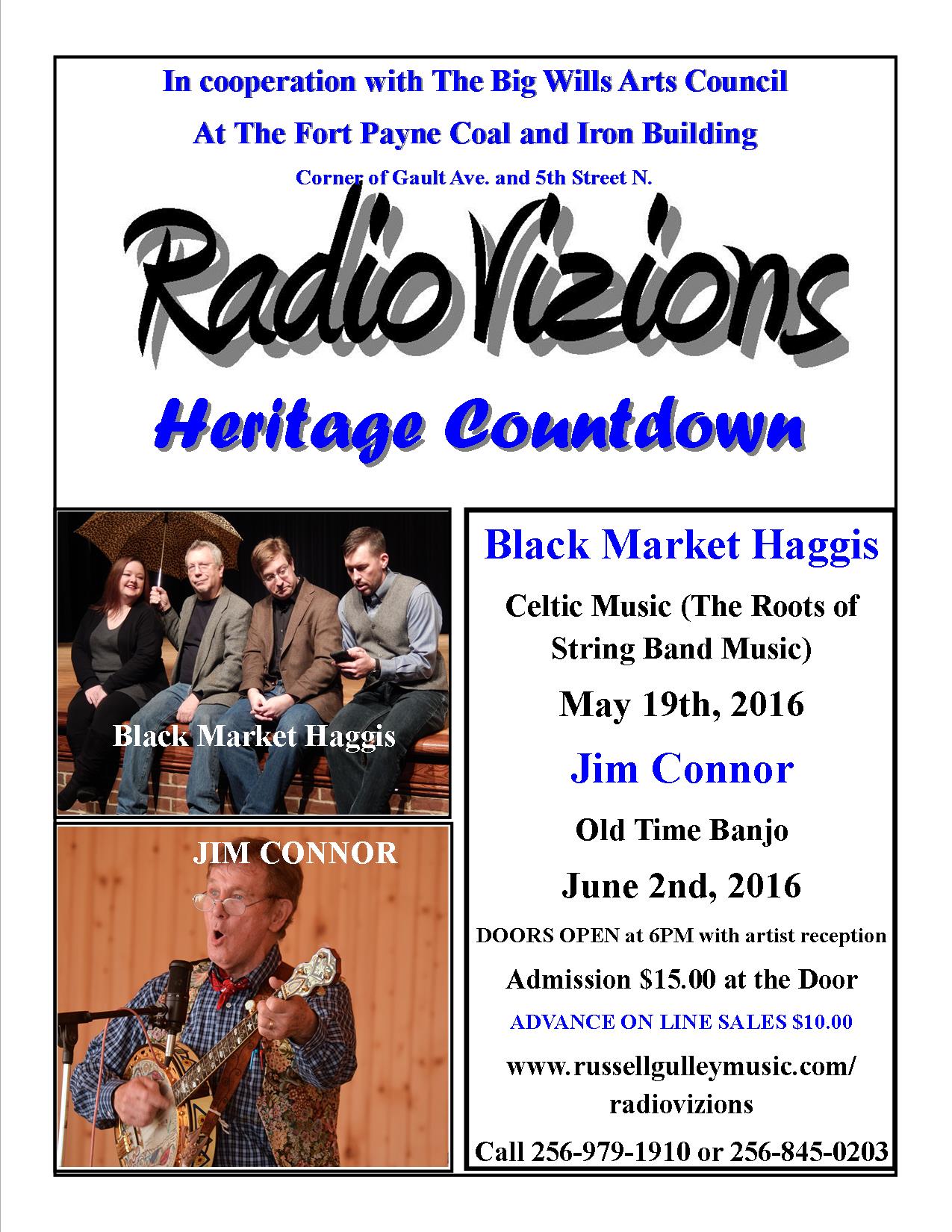 2016 Our debut year has been great so far and the future is shaping up even better, so stay tuned for Broadcast Schedules as they are announced and upcoming LIVE Production Performances.


HELP US PROMOTE RADIOVISIONS. DOWNLOAD FLYERS HERE AND POST IN YOUR FAVORITE STORE, RESTAURANT, ANYWHERE FOLKS WILL SEE IT.